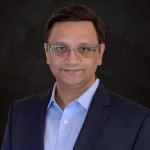 Imagine a prophecy like this from a couple of years ago:

A high-tech Japanese company would start a software R&D centre in India completely virtually, assimilate top-notch talent, integrate them with a new business development team in Japan, bridge the language/culture/distance gaps, build a B2B SaaS platform from scratch and take it to successful commercial launch – all this within a year – without any team-member physically seeing/meeting anyone else on the team.

Most would readily agree that it makes for some interesting modern day fiction. But this is exactly what was accomplished with the launch of RAKSUL India in September 2020 and consequently the launch of JOSYS product on September 1st, 2021. By undertaking this initiative, RAKSUL made great strides towards realizing the globalization vision of our CEO, Yasukane Matsumoto.

The pandemic has brought about many paradigm shifts ranging from business models, organizational cultures, educational systems to global economics. The already tightly connected world is now flattened with boundaries and barriers becoming far less daunting. RAKSUL has been a front-runner in this new paradigm with the truly “born-in-the-cloud” RAKSUL India Private Limited (RIPL). We have acquired some amazing talent from seven different states in India, and one of them is in fact a Japanese national who recently relocated to India.

Collaboration across cultures can happen effectively only after achieving a certain degree of Cultural Integration, which is commonly defined as “people from more than one culture coming together to form a unique, multicultural unit where each culture retains its character, features and values”. While RAKSUL as a company has clearly distinguished itself in the Japanese industry as a new-age tech firm, it has the entrepreneurial DNA of a Silicon Valley start-up characterized by agility and nimbleness. A new technology center like RIPL is naturally imparted with the youthful exuberance, pull-through and tech-savviness of the Indian technology ecosystem, nicely complementing its inherited values of Japanese quality and holistic ownership. Now, that is a potent concoction. But how do we harness its power? How do we channelize this inherent diversity to ensure alignment with the business?

In our experience, we find three factors to be vital in forging this delicate integration:

Acceptance
As engineers, it is but natural for us to try to find rationale, logic and explanation for things we observe. The fact of the matter however is that many such cultural differences, preferences and norms may not have obvious reasons or explanations. In a team environment, respect for such diversity and unequivocal acceptance yields the most benefit.

Getting educated about the other culture with an open mind is something that really helped us. In this day and age, we have access to very relevant information, literally at our fingertips. As a team, we went through cross-cultural orientation and assimilation. Our team members were sensitized about how some seemingly natural aspects to them could be interpreted quite differently by others who come from different cultures and professional backgrounds. Quite a few things fell into perspective when healthy curiosity was met with discovery.  A key lesson learned was to accept and respect different customs, beliefs and values without explanations and logic.

Empathy
Even people of the same country can come from highly diverse traditions, backgrounds and experiences. Inculcating an understanding of such diversity goes a long way in developing a sense of empathy within the team. Some of the examples we encountered were in the differences in expectations, assumptions, norms and preferences of individuals.

While demonstrating multidimensionality was an expectation in one culture, honing specialization was the preference of the other. While ad hoc working was natural and perfectly comfortable for some team members, it was seen to be a bit chaotic and unstructured by some others. While “ownership” meant jumping onto anything that needed attention to some leaders, to a few others it actually meant promptly delivering what they have been assigned, without getting distracted. Once these subtle differences were understood and dealt with empathy, frictions started getting eliminated.

Adaptation
By far, adaptation is the hardest, yet most powerful tool in a multicultural team-member’s toolbox. In our journey thus far as a global team building Josys, we have observed that the collective will to quickly learn as well as unlearn is the most effective antidote to being bogged down by old baggage that gets heavier by the day, amidst such rich team diversity. One flip-side of smart people from diverse backgrounds quickly meshing together into a team is that their personal successes in the past would have reinforced their individual approaches, albeit in very different contexts. This invariably happened to us too. We countered this phenomenon in two ways:

First, by encouraging mindful context-awareness: bringing to the fore the uniqueness of the context we currently operate in and the multitude of considerations required (in the present context) before resorting to our predispositions. It was immensely insightful for the team members to deeply comprehend the nuances of the market we are targeting, the preferences of the customers we are catering to and the nature of the business we are undertaking.

Second, by placing a strong emphasis on the core values of RAKSUL and formulating missions grounded in reality aimed at solving our customers’ problems systematically, with across-the-board cooperation. When our team started orienting around these resonating missions aligned with customer value, the significance of the HOW diminished and mattered much less than the WHAT. Personal preferences for doing things in a particular way became more a means to an end, and this fostered adaptation and constant alignment.

Another impetus for continual adaptation came from our maniacal focus on understating how much do the customers really value what the team has been delivering incrementally in the Josys platform. Our strong beliefs and convictions became mere hypotheses that get validated in the field soon enough. Adapting accordingly is the only sensible choice.

In summary, starting a global centre, building a winning team and launching a brand-new product for RAKSUL in record time has been a truly gratifying, enriching and learning privilege for everyone involved. Knowing our CEO’s vision for RAKSUL, Josys and RIPL, there isn’t an iota of doubt that this is just the beginning of an amazing journey, with many more fascinating experiences in store!

[The author of this article, Sanjay Rajasekhar, is the President of Raksul India Pvt. Ltd. (RIPL) and also its first employee.]